There are three drone projects divided in teams at the INSA of Strasbourg. The VTOL ones (cylindrical wing and motorgliders) and the quadcopter one.

Below is a photo taken last week of the three teams.  Except for four students electricians , they are composed of mecatronicians in the eights semester of study. 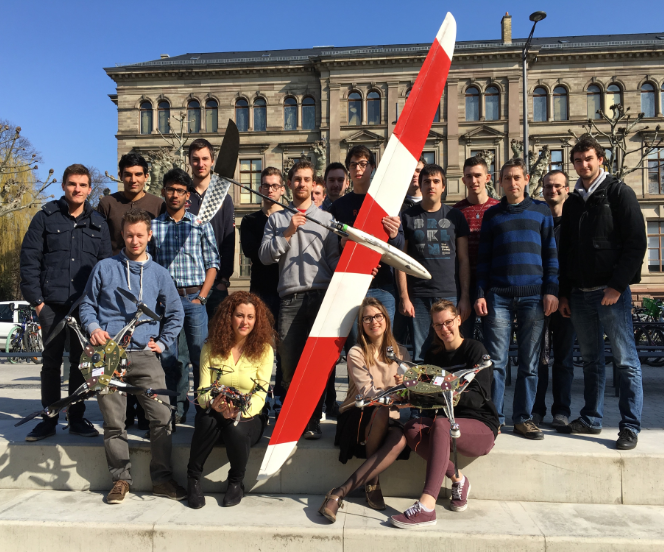 Goal of the Project

The drone project quadcopter has began at the INSA few years ago. Its goal is to improve what has already been made by the former team to attend a MAV competition, the IMAV.  Last year the former team took part to it in Germany and this year, the team expects to go to China to participate to the 2016 one, in September.

The MAV has to be adapted to fit the specification of the 2016 competition and be ever more competitive !

Here is the link of the competition website: https://www.imavs.org/2016/

Weight without loads and without batteries: 2,1 kg
Load that can be lifted: 1 kg

Below is a photo of the MAV: 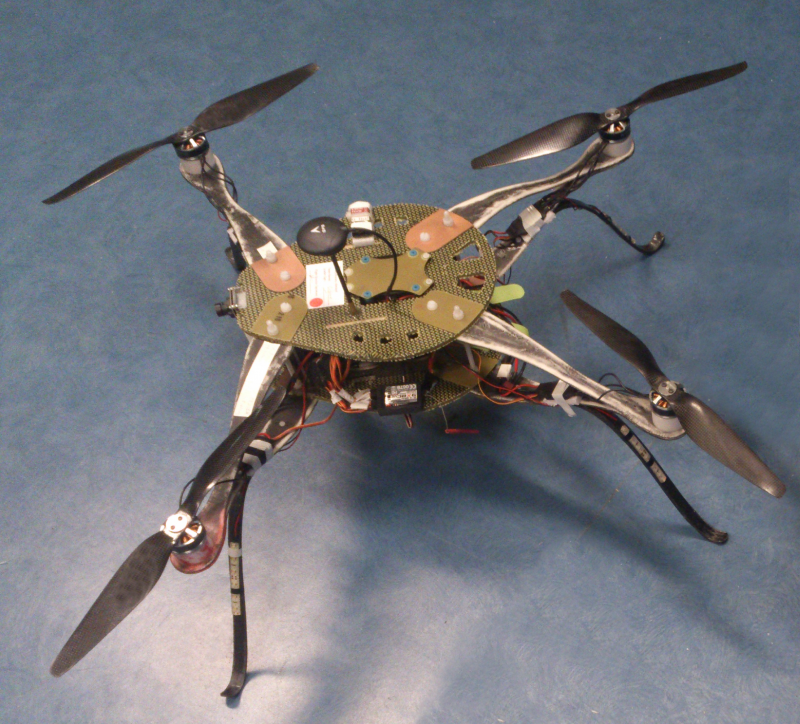 Our specifications are based on the IMAV outdoor rules and guidelines, namely:

1. Take off from a moving and rocking platform.
2. Do a fast mapping of the accident area to evaluate the whole situation and then find designated targets, like the location of the people in the water.
3. Deliver lifebuoy to the person’s vicinity.
4. Sample water around the oil rig and then release the water into a specified water container.
5. Landing on the same moving and rocking platform.

The MAV is designed with PTC CREO Parametrics.

Below is a screenshot of the latest quadcopter CAD version: The machining and fabrication of the MAV parts is done at the INSA. For instance, the MAV’s own arms shape. It is designed with composite materials such as kevlar, carbon and fiberglass. All molds are self-made, designed and tooled in the school.

For the « Sample water around the oil rig and then release the water into a specified water container » mission, a system of water recovery inspired from the fire-fighting planes ones, namely the Bambi-bucket has been imagined.

Below is a picture of the MAV taken in flight during a water sampling test: 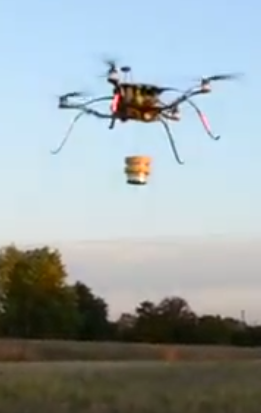 The control board is an APM 2.8. It controls the stabilization of the MAV in flight  and the autopiloting through the APM:Copter (formerly called the ArduCopter).

For the autopilot, a GPS and a barometer are used .

Several electronic cards are currently designed to improve some functions such as the Bambi-bucket control, the image processing for automatic landing…

The embedded camera is a Mobius 1080p, used with a video transmitter.

The whole programming is made using NI LabVIEW to control the MAV in flight, read QRCodes, tracking it…

Several SubVIs made by the teams members are implemented in the main program.

In order to be even more effective through this project, a small group of student plan to do their summer internship at the INSA to get the MAV ready to contest in China next October!